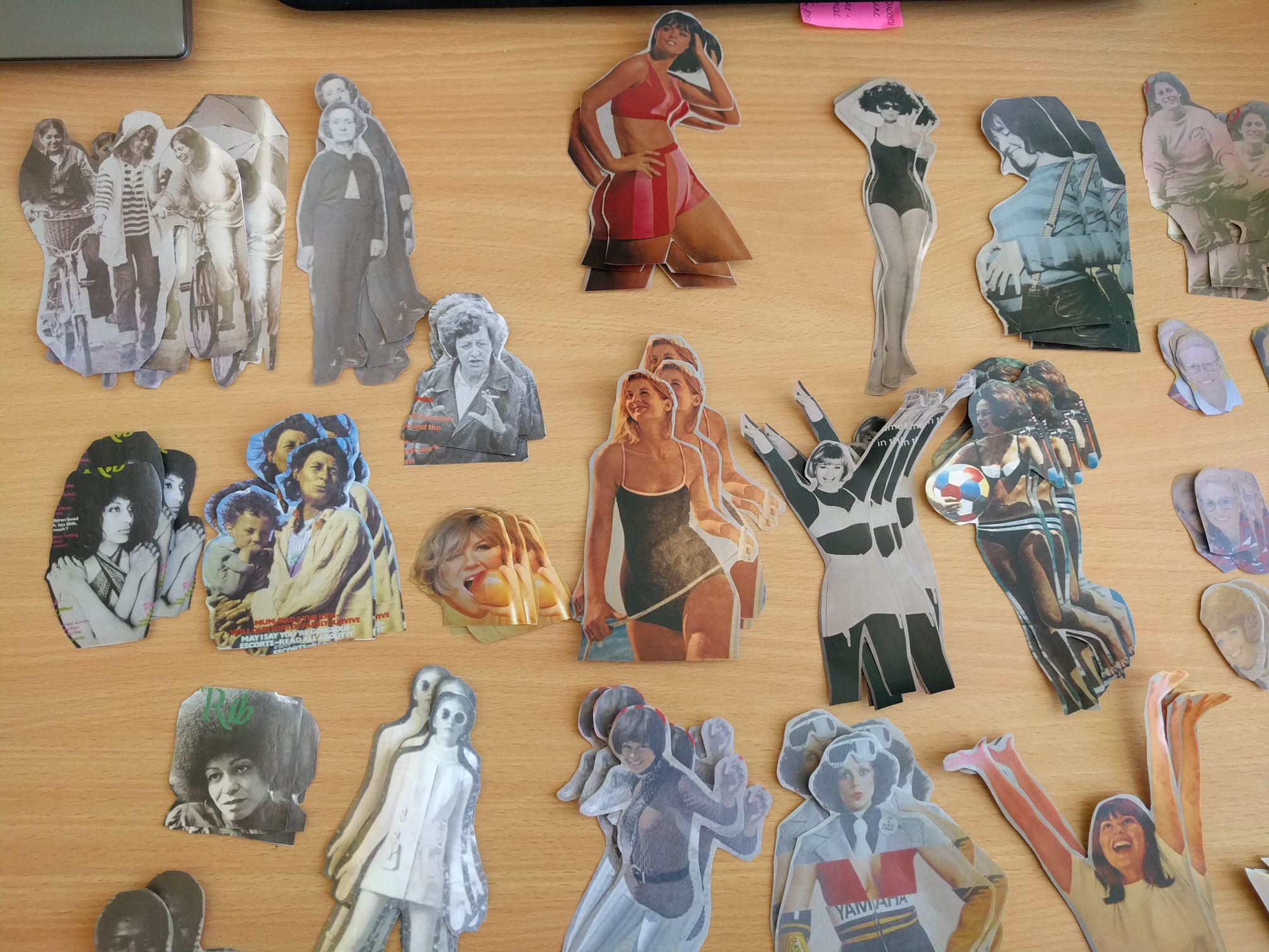 The first time I met my girlfriend’s friend Amy, she wanted to know the exact time I was born so she could work out my Rising Sign. Three years later, I’m still not entirely sure what a Rising Sign is, but the importance of astrology in queer communities hasn’t gone anywhere. In fact, astrology can appear “completely hegemonic” in queer spaces, and on dating apps, in a way that leaves sceptics feeling alienated. Chani Nicholas, a big name in LGBTQ+ astrology circles, explains the popularity of astrology as providing “alternative ways of seeing ourselves or being witnessed”, when other institutions refuse to make space for those who do not conform. Others trace a lineage through feminist and New Age spaces into today’s queer communities. Alongside these trajectories, however, astrology and its most mainstream articulation – the horoscope – have been a regular part of newspapers and magazines since the 1930s. Queer publications, modelling themselves on mainstream magazines, incorporated horoscopes alongside other magazine formats like letters pages to build a sense of community with readers.[1]

Sappho – a newsletter for lesbian and bisexual women in 1970s Britain – was one such publication. Formed in 1972 out of the ashes of predecessor Arena Three, it ran until 1981. Sappho was influenced by the politics of the Women’s Liberation Movement and the emergent Gay Liberation Movement.[2] It aimed to create an environment in which lesbian and bisexual women could find information, share stories, and build local and transnational connections. It published letters and poems from readers as well as summaries of monthly meetings and socials held in London. In 1973 a reader from Kent thanked Sappho:

‘May I say the simple fact of the arrival of Sappho through my letter box has already made me feel less isolated. Until yesterday I felt I could well be the only one of my kind on earth’ (1973, 2:3).

Combating loneliness and isolation was an integral part of the magazine, more so than the research focus of Arena Three. Connecting women and creating community went hand in hand with an espousal of the Gay Liberation Front’s ‘Glad to be Gay’ rhetoric and an emphasis on the positive effects of coming out. Multiple articles spoke of how difficult it was to sustain a ‘double life’ (1972, 1:6) and the limiting effects of hiding one’s feelings, but articles also criticised readers who, once out and happily partnered up, did not give back to their community (1972, 1:7).

For the first couple of years, Sappho included a regular horoscope column called Sapphoscope. Horoscopes are generally read for fun; maybe even read aloud with friends. Sapphoscope fits this framing. The horoscopes were very short – usually only two lines long. They were often themed or based on puns of the star sign in question. But horoscopes do have a serious side. For a start, for people who believe in them, horoscopes can partly determine how they view themselves. Horoscopes categorise people and make claims about their behaviour. They also often provide advice. We can therefore use horoscopes to see what kinds of problems and solutions were being offered to readers, in this case, lesbian and bisexual women in early 1970s Britain.[3]

Love and romance dominated Sapphoscope. But unlike mainstream women’s magazines which stressed the importance of maintaining relationships with men at all costs, Sappho presented lesbian and bisexual women with a variety of options.[4] Sometimes readers were encouraged to maintain partnerships:

👭 Geminis were encouraged to ‘get down to reality with procrastinating partners’ (1972, 1:5)

🏹 Sagittarians were advised to ‘Stop cruising. Settle down to a home life and you’ll become a landlubber with a lovely lover’ (1973, 2:4).

At other times, however, women were encouraged to move on or to play the field. Virgos were told that ‘Chased is more fun than chaste’ (1972, 1:1) and Taureans to ‘get over the hang ups and overs and play the field’ (1972, 1:3). On occasion ‘playing the field’ was a strategy to keep hold of a lover; ‘partners may be like picadors. Don’t holiday in Spain. Cruise the broads and she’ll stay with the partnership’ (1972, 1:5). Women were encouraged to have agency in their relationships. Scorpios were advised to reach out: ‘so your phone has stopped ringing. Transfer the charges and find out why’ (1972, 1:1), and Aries with ‘domineering partner[s]’ were told to ‘Join the Gateways’ (1972, 1:4) – a well-known lesbian nightclub.[5] In Sapphoscope, Sappho presented queer women with multiple options of remaining connected and in community with one another – whether in romantic relationships or not – reflecting a fundamental value of the newsletter.

In Sapphoscope we can also see Sappho’s attempts to acknowledge the different kinds of women it was speaking to. ‘Parental Gems’ – women with children – were reassured that they were ‘in for a good time with offspring’ (1972, 1:8). ‘Watch it relatives don’t impose meantime’ acknowledged that lesbian motherhood could be difficult.[6] In another issue, ‘country-dwell[ing]’ Aries were told that their way of life was ‘streets ahead of the urban alternative’ (1972, 1:5) – reassurance perhaps aimed at lonely women writing in from the countryside lamenting their inability to attend London meet-ups. Butch/Femme dynamics were acknowledged with ‘Femme Aquas’ told they had ‘a great financial month ahead’ (1972, 1:8), whilst butch Taureans were warned to ‘shell out not on birds but on nest eggs’ (1972, 1:8). Bisexual women were largely side-lined with jokes about ‘Pisexual’ Pisces but Scorpios were encouraged to keep their options open: ‘Build up your boyfriend … but go to bed with her. That way you’re for the biways’ (1973, 1:10).

The Sapphoscope also acknowledged coming out – which was a big theme in Sappho’s pages. In the first issue Aries were told ‘this is your time of the year so have the time of your life. Come forth. Come out’ (1972, 1:1). Five issues later, Geminis were asked ‘feel like you’re leading a double life?’ – a pun on the twins with serious implications. They were offered a choice: ‘Now’s the time to choose between in and out. Be happy’ (1972, 1:6). Despite the suggestion that coming out was the route to happiness, Sapphoscope did acknowledge that it was not always possible. On occasion, readers were reassured that even if they could not come out, romance was not off the cards: ‘Lonely Gems, who haven’t come out, are due a touch-and-go affaire. Hang on. She’s the one’ (1972, 1:4).

After only two years, Sapphoscope disappeared – possibly because the author ran out of puns. There is only so much purring a Leo can perform, and the column soon became repetitive. While it lasted though, Sapphoscope used pun-based humour to highlight readers’ potential problems and provide blunt, proactive advice. Less intense (and less nuanced) than problem pages, Sapphoscope used the stars to show lesbian and bisexual women that they were seen and to guide them, not to their fates, but to the Gateways nightclub, and to love, friendship and community. Horoscopes might not tell us the future, but if we take them seriously as traces of queer intimacy, they tell us something rather lovely about the past.[7]

[7] Thanks to Hannah Elizabeth for comments, conversation and this line.

Today we are launching our project toolkit – Bodies, Hearts, and Minds: Using the Past to Empower the Future. The […]